What Is a Water Softener and How Does It Work? (+ System Diagram)

These are questions commonly asked by people who want to know if and how a technology really works before they spend their hard-earned money on it.

Well, it’s time to shed some light into the dark…

What Is a Water Softener?

Salt-based water softeners are simple things, really. They all work the same way having the purpose to turn hard water into soft water. And yes, they do so very effectively.

The overarching goal is to reduce scale buildup to extend the lifespan of your home appliances and plumbing system which in turn lowers maintenance and repair costs.

Other benefits include healthier looking hair and skin, less staining on fixtures, sinks, toilets, glassware – you name it – and better lathering soaps and detergents.

That being said, what are the parts a water softener is made of?

Please note: Cabinet-style softeners have the resin and brine tank combined in a single cabinet. These are smaller-capacity models for the most part. Other important components are:

By the way, don’t miss out on our Top 10 Favorite Water Softeners!

What Does a Water Softener Do?

You now know about the different parts a water softener contains. But how exactly do they work together so that soft water comes out of the system in the end?

It all starts with hard water being distributed to your home. It’s hard because it contains so called “hardness minerals“. These are primarily calcium (Ca2+) and magnesium (Mg2+) ions, and to some extent iron (Fe2+ or Fe3+) and manganese (Mn2+ or Mn3+) among others.

The hard water comes in from the main supply line, passes the bypass and enters the softener’s head valve. From there it is directed into the resin tank all the way down to the distribution tube.

On its way to the tube, the hard water gets in contact with the resin beads that are supersaturated with sodium ions (Na+) or in rare cases potassium ions (K+). These small beads are responsible for removing the hardness minerals from the water by a process called “ion exchange” – cation exchange to be more precise.

By the time the water reaches the bottom of the tank, it’s soft.

On a side note: Potassium chloride can be used as a regenerant instead of sodium chloride if you are on a salt restricted diet. It also has the benefit that it is easier to manage for sewage treatment plants. In certain circumstances it may also be more environmentally friendly. The downside is that potassium chloride is more costly than its counterpart.

A Little Bit of Chemistry

The hardness ions which are positively charged attach to the negatively charged resin beads that act like a magnet. Thereby, they substitute the loosely held Na+. This is because calcium, magnesium and the like carry a stronger positive charge. Basically all hardness minerals are removed from the water and the sodium goes into solution.

Thus, we end up with soft water with slightly increased sodium levels. It comes up the riser tube, flows back into the head valve and is finally distributed throughout your house.

Some (older) water softener systems may use fewer steps to regenerate.

After some time, usually a couple of days, the majority of resin beads will be covered with hardness ions unable to soften any more water. This is when a softener needs to regenerate which can be initiated by a timer, a meter or manually, depending on the type of system.

You might be wondering, What happens with all the calcium and magnesium that has accumulated in the conditioning tank? It must be flushed out. Above that, the resin needs to recharge its softening capacity. Here the brine tank comes into play.

The brine tank stores the salt used to replenish the resin beads which are now depleted of all sodium. Mixed with water, the salt forms a highly concentrated brine solution (about 10% sodium chloride solution).

But first things first. Before any brine is used, in stage 1 of the regeneration cycle the resin tank is backwashed.

The softener switches to bypass so that temporarily only H2O is available to the home (this is why regen cycles are usually triggered at times of low usage, e.g. 2:00 am in the morning).

Then the flow direction inside the softener is reversed and water gets pumped into the resin tank from the bottom up. It flows through the resin and out the drain.

Backwashing is important to loosen and expand the resin and remove any sediment, debris or precipitated iron that might have accumulated in the bed. During the brining phase, more fresh water flushes through the resin tank and goes down the drain. The difference, however, is that the flow direction is back to normal. What’s more, the flow creates a siphon effect sucking saltwater from the brine tank through the fill tube into the resin tank.

The brine washes over the resin beads and releases the accumulated hardness ions replacing them with a fresh layer of sodium.

But didn’t you say that sodium ions carry a weaker positive charge?

You are right, but the sheer amount of sodium in the brine solution causes the calcium and magnesium to give way.

The brining ends once all brine has been drawn out of the brine tank. At this point, most of the hardness minerals have been washed out. During the slow rinse, brine and any remaining hardness minerals are removed. Lastly, a fast rinse sends any excess salt to the drain. The high flow also packs the resin bed back into its initial state.

On top of that, the salt tank is refilled to prepare brine for the next regeneration cycle (only with post-fill systems). After about 1 or 2 hours the regeneration is complete and the water softener resumes normal operation.

All in all, periodic regeneration cycles allow a system to continuously soften water for years on end.

1. What does a water softener remove?

A softening unit can remove nearly all calcium and magnesium from source water and to some extent iron (5-10 ppm), manganese (5-10 ppm) as well as other metals and salts. (Source)

However, it does not filter water in a general sense. For this you need a carbon or reverse osmosis filter system for example. They will help you to get rid of all kinds of contaminants such as chlorine, lead and bacteria.

You can learn more about the difference between water filtration and softening here.

2. How does a commercial water softener work?

A commercial water softener works in exactly the same way that a conventional whole house system does: It softens water by exchanging hardness ions with sodium or potassium – but on a scale.

If you have any thoughts or questions about how a water softener works please don’t hesitate to leave a comment below! 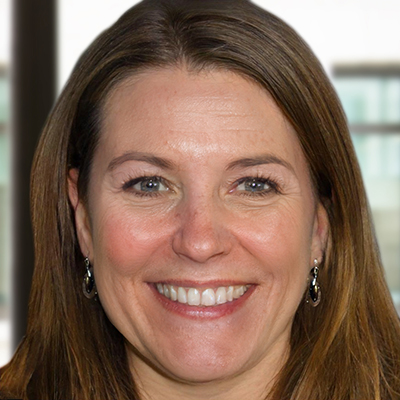 This is by far the best explanation I’ve seen, thanks. Does the final rinse leave some of the sodium from the brine on the beads?

Hi John, thanks for your kind words. It does!

Are water softener systems used in the cold water or just in the Hot water or both?

They come before the water heater, so they are used for both.